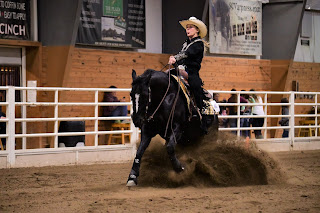 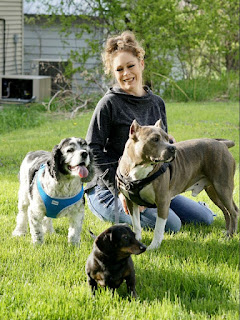 Heidi – Senior Chore Helper & Vice President of Double HP
Heidi was born in Baltic, South Dakota and raised in Sioux Falls. She first started volunteering at New Hope Horse Shelter in May 2007. Over the years, she has put in hundreds of volunteer hours when Double HP was doing a lot of starvation-case rescues. She continues to volunteer and donate to the shelter in addition to being a part-time employee. Heidi is also a Vet Tech at Heather Ridge Pet Hospital. She has a 26-year-old son named Jordan and she currently lives in Baltic with her 3-legged cat Piper, her array of dogs – Sam, L.B., and Zion – and a cockatiel named Squeeker. As a child, she had a couple of horses herself – Bud and Tiqo. Heidi loves the horses at NHHS and says they are like her children. Through working with Double HP, she has learned that some people are unbelievably cruel and that every animal has potential and deserves to be treated well. She dreams of one day being able to take a few days off from all her jobs to spend time with her family and go camping, as she has been working 7 days a week for many years.

“When I’m at the barn, it’s not only a sanctuary for them, but for me also.” - Heidi
August 2022 - Welcome, Shelby!  Shelby is from North Carolina and has a background in Eventing.
She helps with morning & afternoon chores and also helps in our Education (Horsemanship) program.
Super Volunteer Zenna 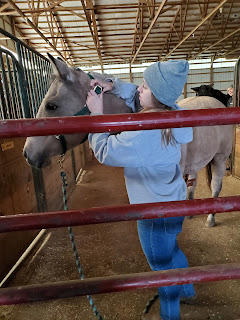 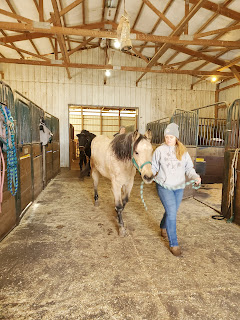 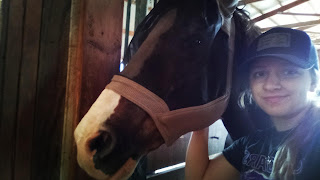 Zenna is our 13-year-old super volunteer! She has been coming to help with chores every Sunday - in rain, snow, and shine - for a while now. Zenna was born and raised in Sioux Falls. She attended Tri-Valley for a few years, then moved closer to town and now goes to Memorial Middle School. Go Mustangs! She has a Dachshund named Donut and three cats named Erebus, David, and Mo. She has always dreamed of working with horses, and now NHHS is helping her learn the basics of horse care, making that dream come true. Thanks for all your help, Zenna! We love having you here.
Kyrstin – Volunteer,  Community Coordinator
Kyrstin was raised in Crooks, South Dakota with one younger sister by dog groomer Sherri and computer programer Audie. Growing up, she had three Quarter Horses: Mac, Angel, and Lou. She graduated from Tri-Valley High School in 2010, got married in 2012, and spent a couple of years at SDSU before moving to the west coast to earn an associate's degree in Film. After several years working in the film and television industry, she returned to SD. Kyrstin and her husband Chirau live in Sioux Falls with their two Pit Bull mixes, Ginger and Cricket, and two cats, Nemo and Sooki. Previously, Kyrstin volunteered and worked for NHHS in 2007/2008. She returned in January 2020 and has enjoyed getting reacquainted with the herd, and seeing how they've grown and evolved. Kyrstin has always loved animals, especially horses.