Trygve Trooien, Oak Lake Farms, Astoria, South Dakota, is one of our fabulous Unbridled Beauties Calendar Sponsors. He wanted to pick up a couple more calendars for some of his friends. They sent money with him. So Trygve paid us a visit. He had with him another one of his friends, Steve Hemmingsen.

We did the calendar transaction, and then we were going to go introduce Steve to the rescued horses out in the pasture. Trygve has met the horses several times already. But this was to be Steve's first encounter. So Steve & Trygve were going to drive Steve's pickup out there. Shadow (black lab pup) and I would walk.
I should have known it was too muddy. But the sun was shining so nice that day and things had been drying and, well, it was just  a little deceiving. It did LOOK dryer. But oh boy, right when the path turns to go up the hill, it was not dry.

The Realization
how are their facial expressions?
click on all these photos to enlarge.
some of them twice. 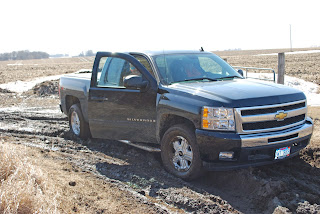 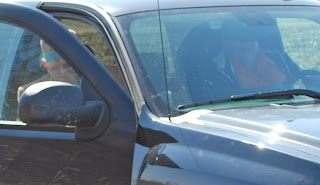 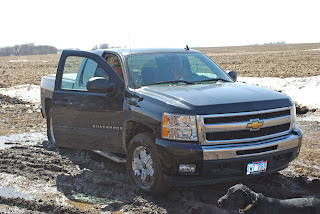 oh boy, they do NOT look too happy here. 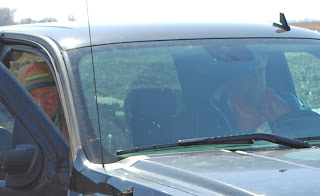 Shadow is definitely laughing at the men. 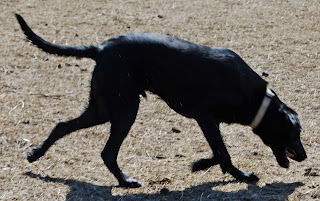 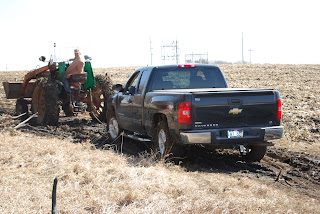 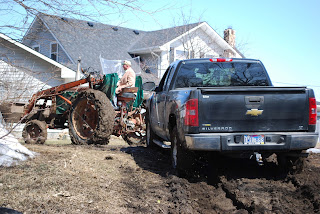 Looks like Steve's in good humor now too.
He's got his camera; all's well. 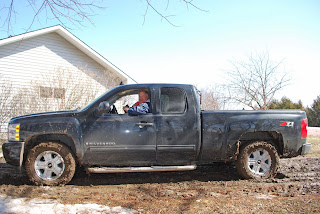 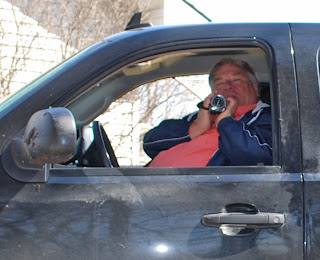 Ran out of time to visit the herd in the pasture, but had a few minutes for some therapy from Baylee, who is barn-bound as she is being treated for white line disease. CLICK ON THIS ONE TWICE; IT'S PRETTY CUTE. 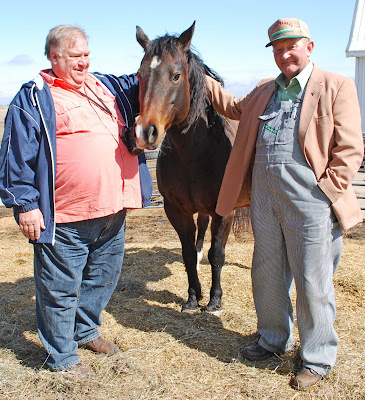 By the time we got the boys unstuck, they had to leave to stay on their busy "road trip" schedule.
But Shadow and I continued on out to the pasture to check on the mudballs.

I do hope Steve can visit again this summer. I know he will enjoy the horses, minus the mud.
Here's Spirit. Beautiful even in his mud coat. 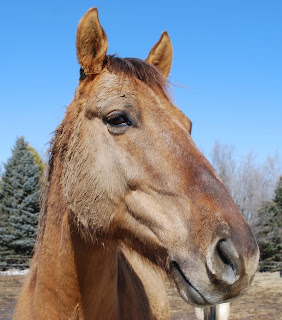 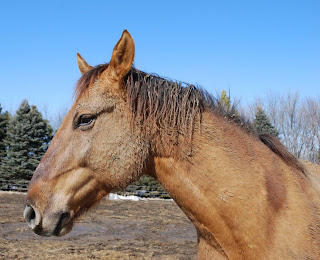 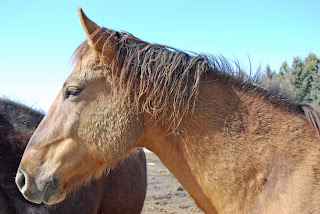 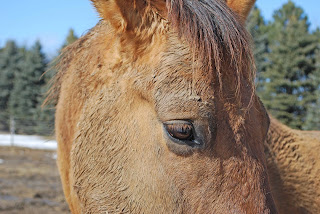 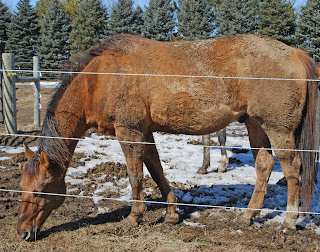 Here's Lovely Lily, playin' in the mud
enlarge this one too. It's great; see her beautiful dun stripe. 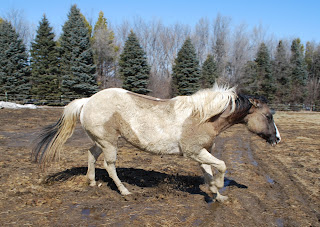 Lily and Prince and Hero in the middle
click on the photo to enlarge. look at Princie's mane. and Lily's face! 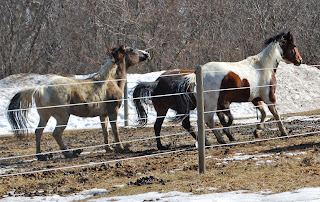 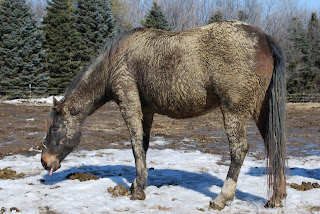 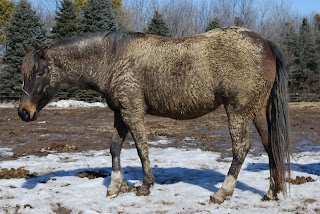 Hero discovered the electric fence was broke. the deer messed it up. (oh, it's fixed now alright!) 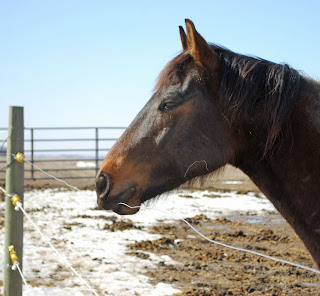 Shadow and I revisited the crime scene on our way back to the barn. 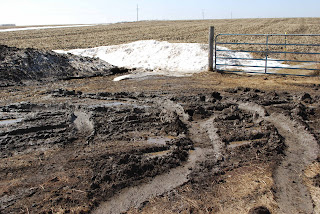 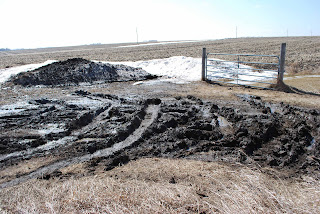 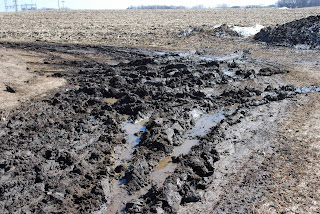 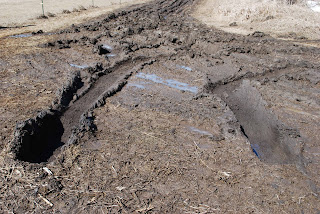 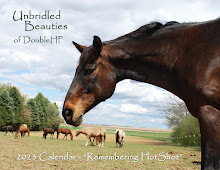