Shadow is our featured rescue horse for March 2014

What a miracle Shadow is! And yes, he certainly is a tricky little leprechaun. I have told Shadow's story so many times. Perhaps I can just do a summary here. We first met Shadow when he was just a few months old. We brought him and 7 of his friends back to life; county officials had asked for our help. 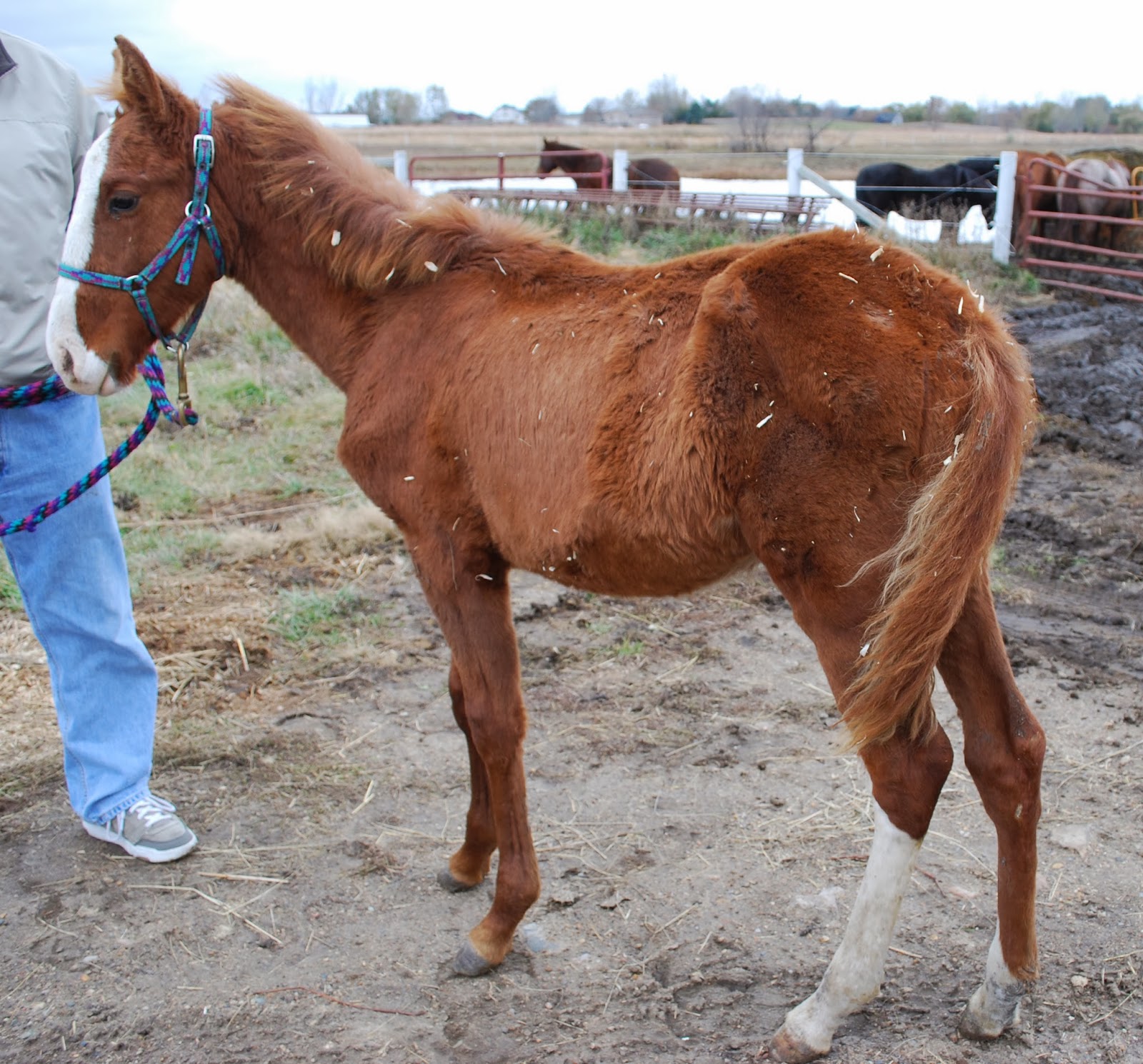 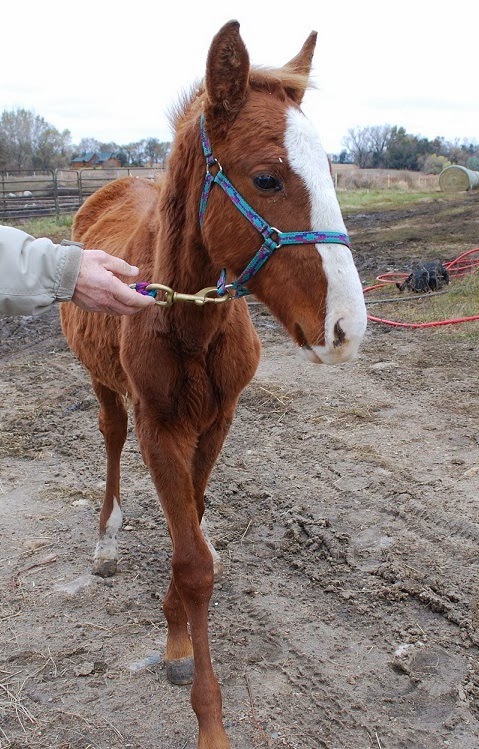 But once the horses were healthy, they were given back to their neglectful owners. Poor little Shadow. For a while he was so weak he couldn't get up by himself, and he spent 2 weeks at the Vet Clinic. And back he went to the people who did that to him.
So then, the next winter, the same neglectful owners again did not take care of their herd. Surprise surprise. But we were not called. We did not know about it. They were taken by state officials in January a few years ago, and given to a cattle feedlot guy. The plan was to take them to the slaughter feedlot in Mitchell, but the horses were too skinny and sick. So the cattle guy had them for  about 40 days and then took them to a loose/slaughter horse sale.
Someone tipped us off 3 days before the sale, and we got enough donations to save two of them. Shadow and Bella.
There were no charges of inhumane treatment, even though several little horses had died. There was a trial though, but it was civil. Between the neglectful horse owners, the cattle feedlot guy, and the State. Who owed whom money. that's all it was about. No one gave a crap about the horses. Just about the money. I guess we probably should have been in there swinging too. We paid the cattle feedlot guy $800 for two skinny beat up little horses. After we had already brought them back to life once.
How oddly (terribly) our area counties handle these cases.
Anyway, the reason we know all this is because a couple of us did go to the trial. So we heard it all. And we also paid for some of the courthouse documents. The documents say that evidence of inhumane treatment was found. And the pictures certainly show it.  So why no charges???

Here are some of Shadow's little friends who did not make it. They froze and starved to death. And you want to know what else? this happened just a few miles from our shelter. Perhaps that is why I cannot get it out of my mind. Why didn't anyone call us for help, way before this happened!!!
So so sorry little babies, if only I had known. If only the officials had not given the horses back to these people the year before this happened to you. At least you would have had a chance with some different owners. (though the owners and some of the horses were the same, the county and property were different. The first time around, it was not Minnehaha County. But this time, the second year, it was.) 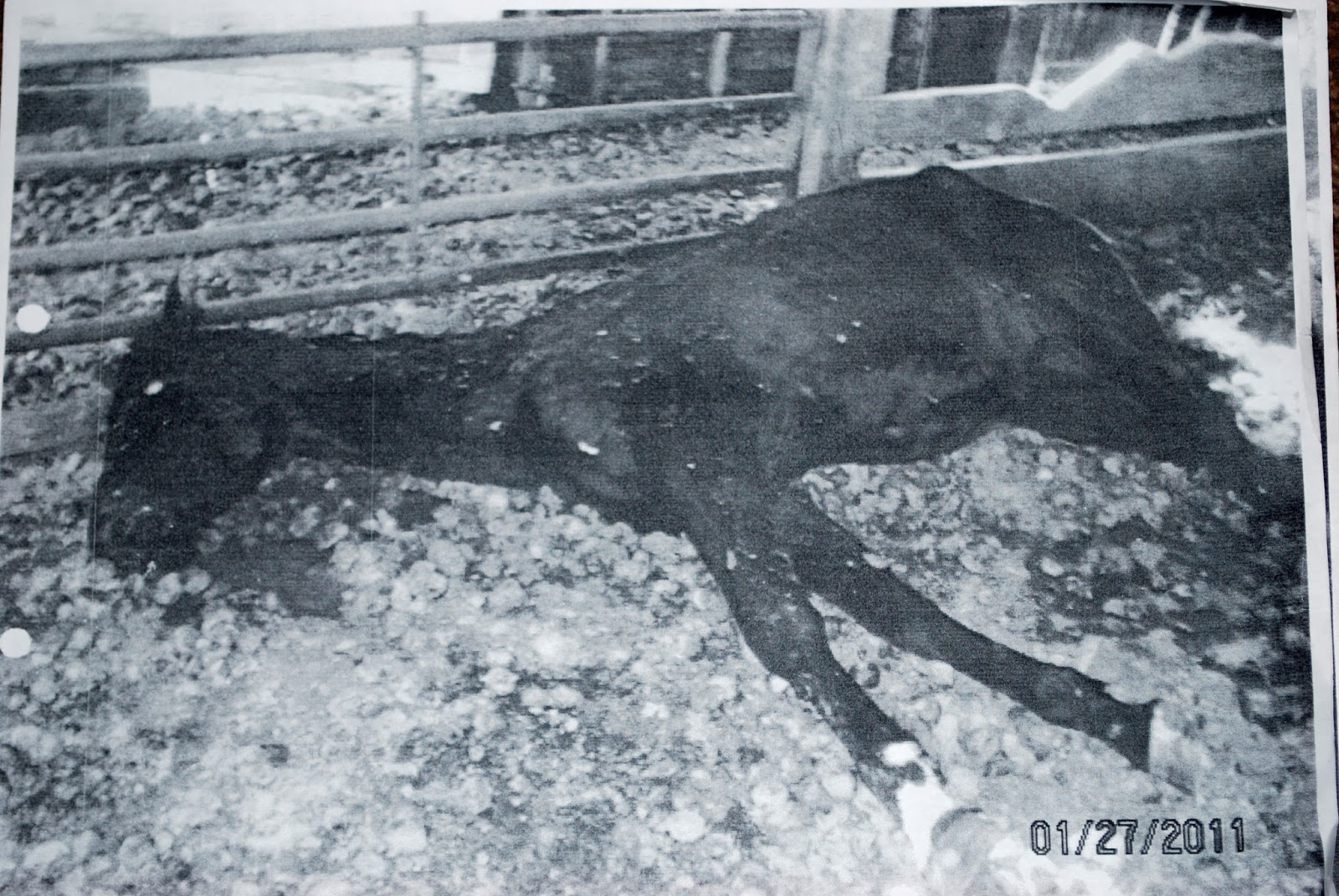 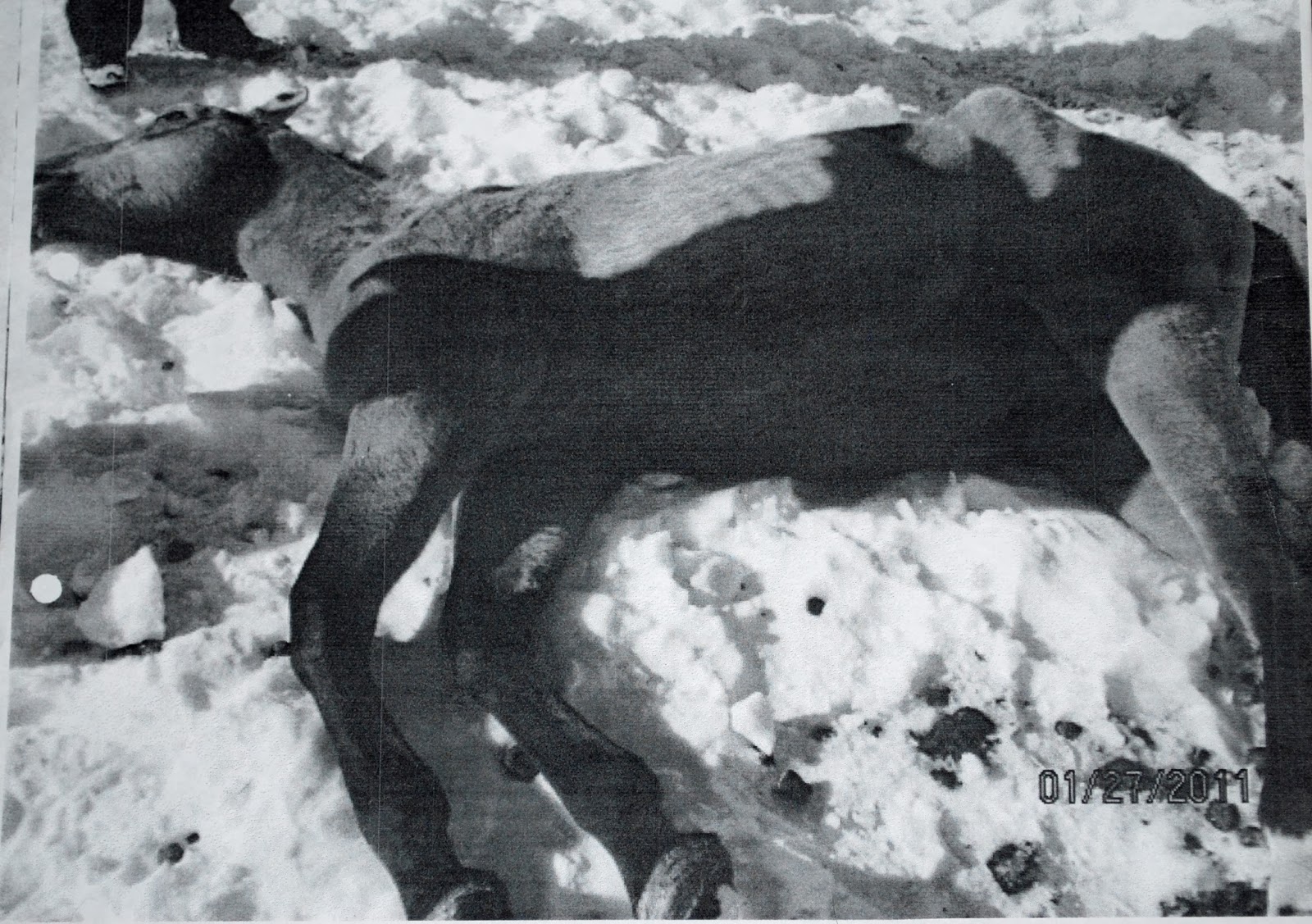 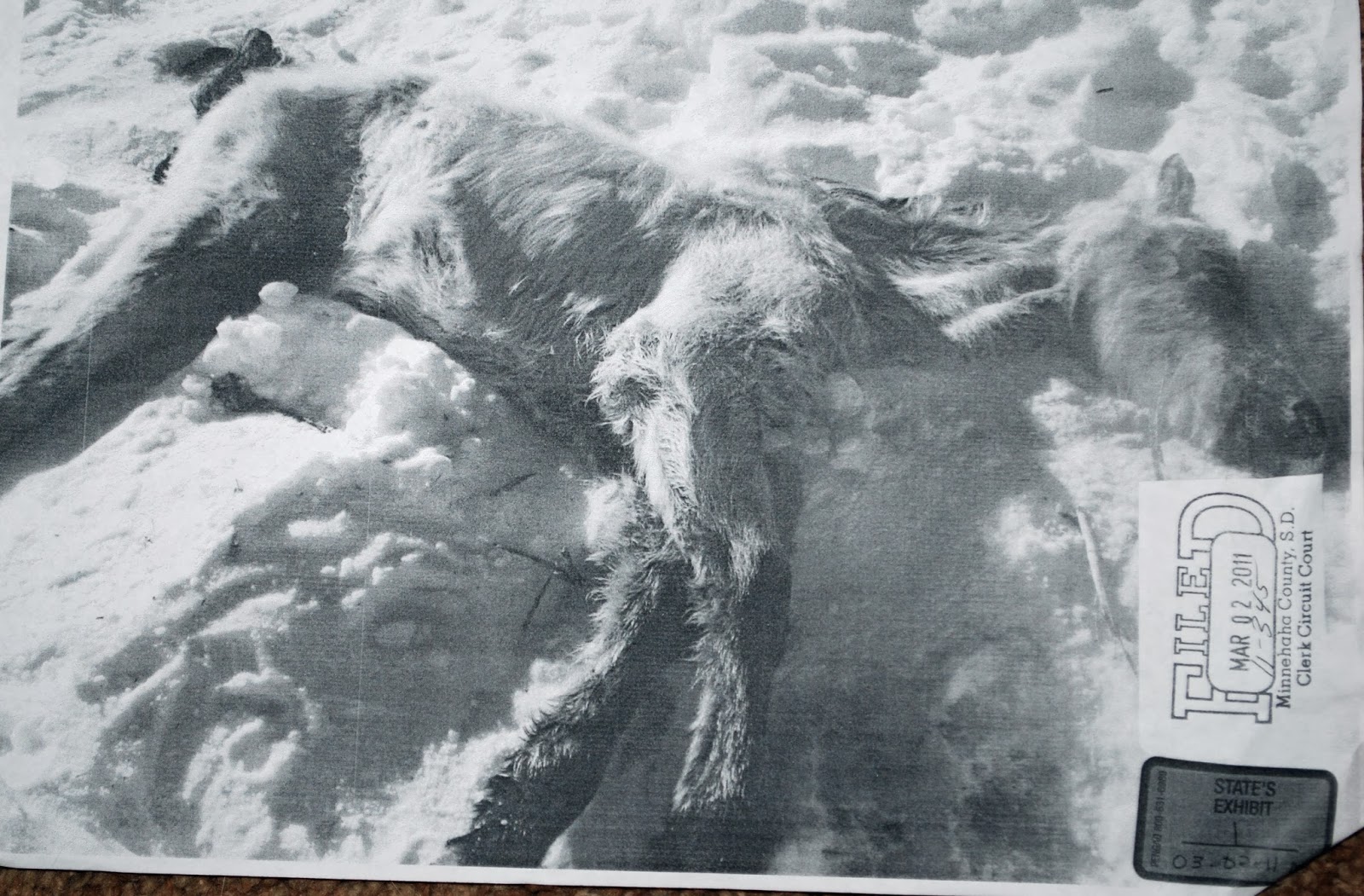 So now I get to go on my rage again about the need for barns/buildings for horses in South Dakota. And how timely! Weather guys say it's going to be 18 below here again tonight, without windchill. Honestly, folks, you cannot have horses in South Dakota without barns and hay and water that does not freeze. Cuz this is what happens to these little guys in South Dakota's Winter if they are not cared for properly.

Posted by gentlereins at 8:49 PM